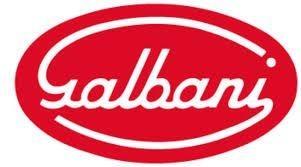 A Ballabio, small village of the Valsassina, Valley of the Lombardy Alps close to Lake Como, over the city of Lecco, in 1882 the young Egidio Galbani, with his father Davide, transformed his passion for cheese, in a remarkable production of particular kind of Robiola (small and soft cheese), which soon turned into a real business.

In 1896 Egidio Galbani moved in the plains, in Melzo in the countryside near Milan to work there initially as a milkman; the area was favorable for the dairy industry thanks to the abundance of water and forage. He rented Cascina Triulza, where he began to work with seven workers and a 3 hp motor.

Two years after the Galbani was already a factory with 12 workers and its products were exported to the fairs in Brussels, Paris, Monaco, with particular attention to consumer needs and expansion abroad.

The first great commercial success arrived in 1906 with the launch of the cheese called Bel Paese, said Roi des Fromages, The King of cheeses, from French rivals.

Egidio created this new cheese with the characteristics of French products, but at the same time with a softer taste and smell less penetrating, in addition to being a modern product, was not characteristic of a particular area, but that made it feel at home a bit' all.

Even the packaging of the Bel Paese, by that time, was very new and eye-catching, with a label that covered the entire form, where it appeared the Abbot Stoppani, author of the book Il Bel Paese (The beautiful country), hence the name of the cheese, and the map of the Italian rail network, symbol of the early twentieth century.

In 1911 it built a new big factory in Melzo, where the company would have the main production center for the decades following. This building also had some houses, used first by Galbani family, then by the workers.

After the end of First World War, Egidio installs the plant in Melzo new and innovative refrigeration systems and the family firm, become the Society Anonima Egidio Galbani to trade in dairy products, with his brother Giuseppe, his son Giacomo and others local entrepreneurs.

In 1925 it was inaugurated another new factory in Giussago, near Pavia, giving way to the industrial production of Mascarpone.

Historical creamy and soft Lombardy cheese, a typical characteristic of the Pavia and Milan area, much used later in the preparation of a historical Italian dessert, tiramisu.

Galbani in 1936 came also in the meat industry, buying the Melzese sausage factory, specializing in the production of mortadella, ham and salami. 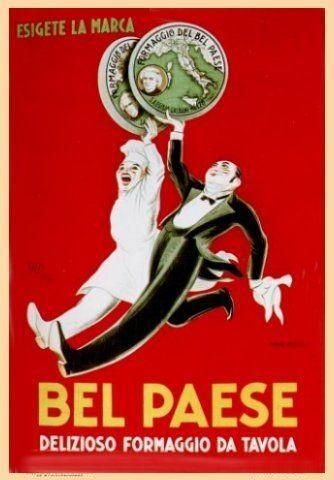 During the period of Second World War, the company was receiving milk from 62 companies of Milan and beyond.

After the war, and after the died of the founder Egidio Galbani in the 1950, began a new phase of modernization of the company.

During 1956, with the spot “Galbani vuol dire fiducia (Galbani means confidence)” was launched in the market mozzarella named Saint Lucia, in the shape of an elongated sphere with a bottleneck that makes it look like an eight.

Also on Carousel, in 1965, the company began to advertise Saint Lucia in the sealed bag inside with buttermilk.
In 1970 the Galbani is among the founding companies of the first Official Consortium of Gorgonzola in Novara that aims to “protect and watch over the production and trade in Gorgonzola (blue cheese) and the use of its name”.

After having been part of the Danone Group since 1989, in 2006 the Galbani was bought by French Lactalis, the world leader in dairy products, and then in 2008 to become a partner of Group Lactalis Italy, with historical brands of the Italian dairy scene including Invernizzi and Cademartori.